Summer is usually my time to blog.  As a teacher, I'm barely scraping by during the school year with managing my job, running my weekly LotFP game, and spending time with my wife - only the most important things get prioritized.  During the summer, I suddenly find myself with the opposite problem - with all this time, which of the thousands of things that I want to do am I going to do?

This summer has been different in that I have a number of projects that have kept me busy. A project I can't talk about yet has been the bulk of this, but I've also done some planning for Scenic Dunnsmouth that I'm dying to share (but holding off until I've run it for both my group and Dragonflight), revised my character sheets (recreating them from scratch using GIMP), recreated my LotFP character creation book from scratch (using OpenOffice), and have been working on a LotFP style/fluff guide for my players because I find their understanding (and mine) of the Early Modern Era limited.

But this post doesn't have anything to do with any of that! 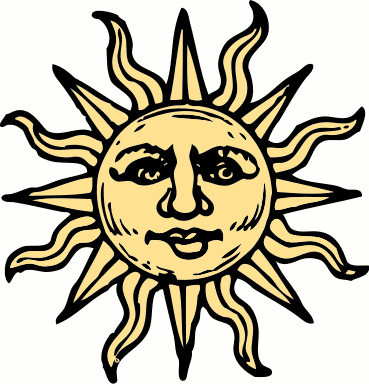 This is about: How do we become better Referees?

I recently read How to Run by Alexis D. Smolensk. Overall, it's a good book and I would recommend it.  I like his writing style, and I think everyone can learn something from it.

That said, it didn't exactly give me what I wanted.

A section of the book was on how to manage players, how to be a good host, how to treat people well and fairly.  I have met people that needed to read this section.  As someone who has a psychology degree, worked in social work, teaches kids, and plays RPGs pretty much exclusively with friends, much of this section was reiterating what I already know and do.

Another large section of the book was about world creation.  He talks about world creation as if it's a second job, recommending spending 40-60 hours a week on it.  He does this because he loves doing it.  I'm sure other people love doing this.  I enjoy doing this sometimes, but would burn out after too much.  He incorporates design principles into his work, he thoroughly discusses the process, the steps, and sets up great guidelines.  If you want to spend most of your time creating your world, then this book is almost a necessary starting place.

He makes an analogy between building a brick fence in your yard and world building.  Sure, you could pay someone to build that wall, and maybe do a better job than you, but it's also not yours.  If you built that wall yourself, it might not be perfect, but it would be your creation.  And maybe when you learned some new skills, you might go back and make it better.

This analogy doesn't work for me though.  I see RPG modules as more like novels.  First, I doubt I could write a decent novel without reading a shit ton of other novels.  Second, once I did write a novel, I wouldn't sit around and read it.  I'd love for others to read it, but I'd go find some other novels to read.  This is why I actually prefer to run published modules rather than world-build.  It's because of reading and running these modules that I feel capable enough to write my own.

So, we have two sections, largely useful, but not to me.  What did I hope to get from the book?  I actually want to know how to run RPGs.  I mean, I think I know how.  I've been doing it off and on since I was 16.  But am I doing it right?  And if I am, can't I do it better?  I am pretty much never satisfied with how I've run any game I've ever run.

The parts that were most helpful to me from How to Run were some of the offhand comments he made to elaborate a point, and his section on building player stress and tension.  I hadn't thought about managing player stress in the game as a way to build their investment in the adventure.

One of his suggestions, for example, was when asking a player to make a roll, he might get up and go stand behind the player to watch them roll.  This showed how important the roll was, and built tension...the player is now more invested, "Wait, what, this roll is that important?"  Another thing he mentioned was how when he was getting ready for a GM roll, he might start picking some dice out of his jar...the players immediately knew he was getting ready for some sort of check.  But then, if he dumps the bowl out, they know shit has just gotten real.

It's strategies like these that may seem like a tricks or a gimmicks that I think are important to running good games. 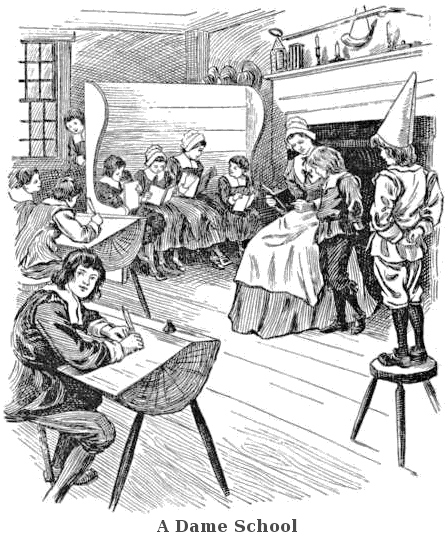 I think being a GM is a lot like being a teacher.

2) The amount of prep you put in is directly proportional to how well it's going to go for you.  But, you also have to do the right kind of prep, or that was just a disappointing waste of your time.

People are depending on you to be engaging.  The number one challenge of being a teacher, for me, is being continually engaging to a group of third graders.  I'm lucky in that most of them want to be there.  That still doesn't mean that everything I do is interesting to them.  It's my job to always try though, to get them invested or interested in whatever it is they're doing (and often I don't get to choose the thing they're learning about, which makes it all the harder).

Players presumably want to be playing in your game.  But they are not engaged all the time.  There are times when I'm bored as a player (in particular during long, drawn out combats, or times when another player is pursuing their own agenda with an NPC that I have no interest in).

What are the things we can fuck with when running the game to change it up?

Suddenly raising or lowering your voice draws attention and focus.  Speaking so quietly that everyone has to try really hard to hear you.  Shifting the emotion in your voice, or removing all emotion from your voice and manner.  Applying an accent, or otherwise altering your speech.  Pick an actor or actress and throw them in the role.

Can you change the lighting?  What happens if you just set a monster miniature on the table (especially if you never use minis)?  Do you use sound effects?  Do you create music soundtracks that work with the adventure and do you have a way to change the music up at a moment's notice?  Do you make foods or drinks that fit with the evening's them?  Do you have player handouts?

Your behavior and presentation have a huge impact on the game.  Acting or being calm, angry, sad, gloating...making random dice rolls, jotting down fake or real notes, communicating with players secretly.  Grin like a motherfucker.

I want more of this!  MORE!

One thing I learned early on as a teacher is that amount of time on prep isn't as important as doing the right kind of prep.  This is true of RPGs as well.  You obviously have to know your players - are they constantly going "off the path" and requiring you to improvise?  Are they into following along with the prescribed adventure?  Also, how much time do you actually have for this prep?

My players like a mix of exploring the various LotFP modules, and seeing what comes out of freeplay.  Sometimes I just pick an adventure that I think is suitable and get them there.  Sometimes I feed them rumors and they pick it.  Sometimes the module just happens suddenly because they wandered into the place where I put it.  Sometimes none of this happens and we just have to make shit up.

As time goes on, my style is changing.  When I was new, I ran the LotFP modules as close as possible to how they were written.  Many of them were pretty much perfect as they were, and at the beginning of a campaign, they didn't need to "fit" anything else that had been established.  After two years, there are simply some things that wouldn't make sense as written.  I've learned to both prep appropriately and to improvise when needed.

I'm used to being the odd one out.  I've felt that way for as long as I can remember.  I'm comfortable with it now.  It's best to recognize it and adapt to it; it's my identity, who I am.  I'm the one who thinks about the campaign world all the time, the one who reads the modules, who reads RPG blogs and studies new systems.  My players show up once a week, need some reminders on what's going on, and want to have some fun.

Being the odd one out has some advantages.  You can grow a reputation and you can subvert it.  My smile means something when I'm trying to hide it from the rest of the table. (Or pretending to try and hide it? Or not trying at all?)

It also gives you power.  I don't particularly like having power over other people.  I've never wanted to be a boss, I'm the last person I would think of as authoritative, if I never had to tell anyone what to do, that would be great.  But sometimes we are given power and we must exercise it.  When used responsibly, people appreciate it.  People respect it.  A responsible use of power provides structure and actually helps us all get shit done.

Ultimately, this is a somewhat lonely role.  As a teacher, I am usually alone in my classroom with little direction, occasional observation, and little to no idea what other teachers are doing in their classrooms.  I have to figure this shit out.  Kids can look left and right, they're learning all the time what it means to be a kid. Players are part of a party.  I look across the table at my players, at this party, and I can only think, I'm their foil.  Whatever they are...I am not. 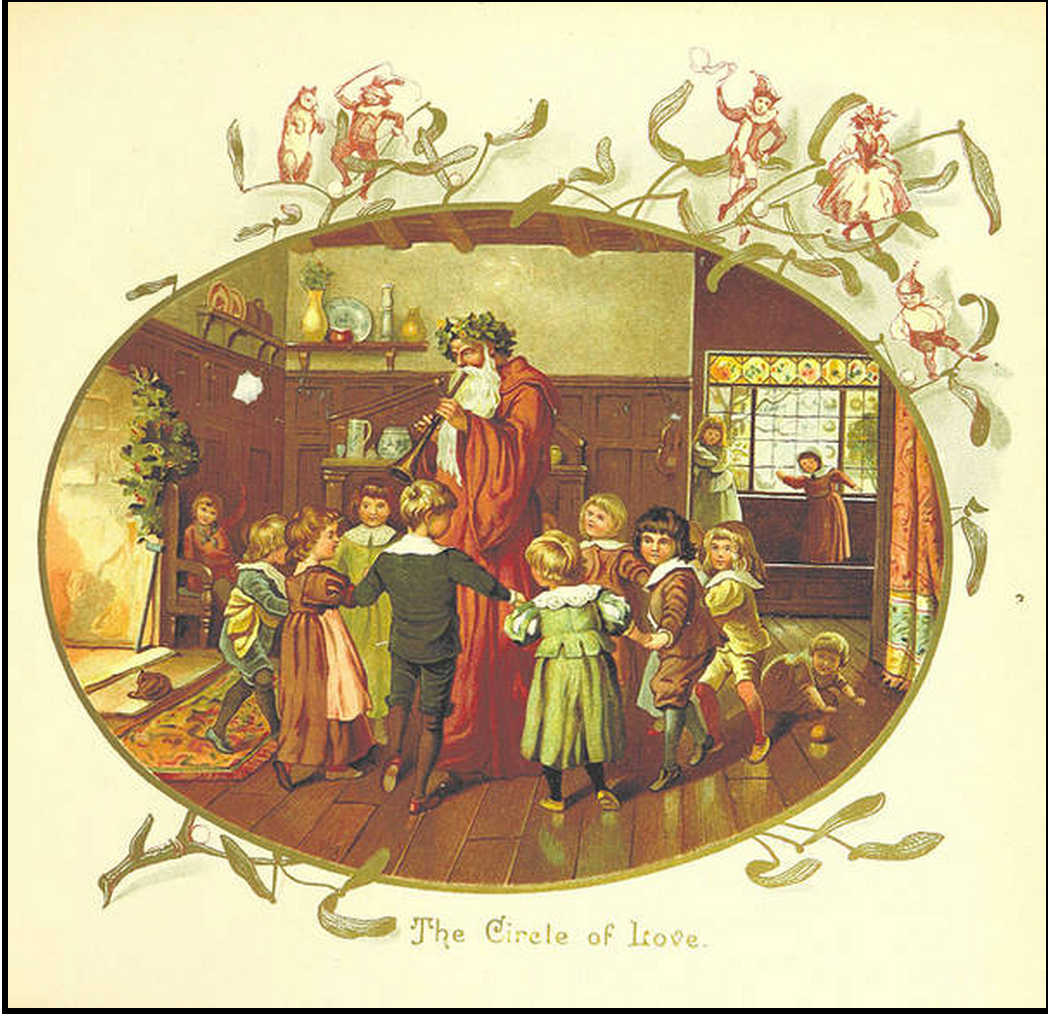 I felt like sharing, and this is as good a springboard as any for my thoughts on how to be better at the thing I love doing most.  I'm also interested in seeing recommendations for other blogs or books.  My next post, ideally, will be a collection of these resources.  What do you do that's awesome?  Who or what helped you do that?
Posted by Crunk Posby at 6:18 PM