How's the View at Scenic Dunnsmouth?

[First, there are major spoilers here, so I wouldn't recommend reading this if you're a player.  That said, this is one of the few adventures that changes drastically depending on who's running it, so even if you are a cheater this might  not help you much!]

One of the things I enjoy about Refereeing in general, and Lamentations of the Flame Princess in particular, is not knowing what's going to happen.  One could argue that even the most railroady adventures have an element of surprise once players get involved, but LotFP brings a few things to the table (in addition to avoiding railroads altogether) to amp up the chance of interesting, surprising things happening.

First, there are often random tables that include swingy effects.  I've seen some tables that range from the party finding treasure to the party (and the entire town they're in) being destroyed.  Second, there are usually elements with consequences that are unpredictable.  This includes magic items, spells, NPCs, monsters, etc., that once players start interacting with, can impact the game world in unusual ways.

The third way is providing a book that generates a different setting each time.  Some other books that do this include Vornheim, Red and Pleasant Land, and The Seclusium of Orphone. 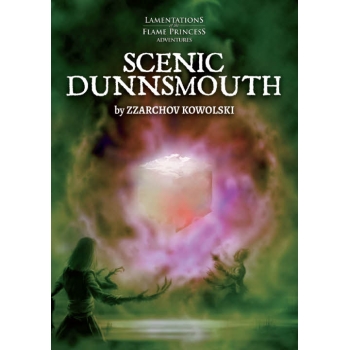 I've enjoyed Zzarchov Kowolski's other adventures, so it's a no-brainer to pick up anything he's written.  Scenic Dunnsmouth also features art by Jez Gordon, which fits well with the backwoods look of the village's residents.  It's a bit thicker than the standard softcover LotFP books, clocking in at just over 100 pages.

Using this adventure takes a lot of prepwork.  Not only does it require the village generation (as it states on the cover), it will also require reading through carefully and taking notes for each NPC and locale here.  Unlike many other LotFP adventures where a readthrough and a few notes here and there might suffice, that is impossible here.

Many NPCs have behaviors, statuses and abilities that rely on other things being true or not true.  You can never simply just turn to one and riff off of it.  Is that NPC infected?  Is this building present?  How close is this NPC to that NPC?  What is the infection level of the town?  Etc., etc.  I had to go through item by item and rewrite my version of the adventure so that I would never need to refer to the book during play.

I also created a map of the village:. 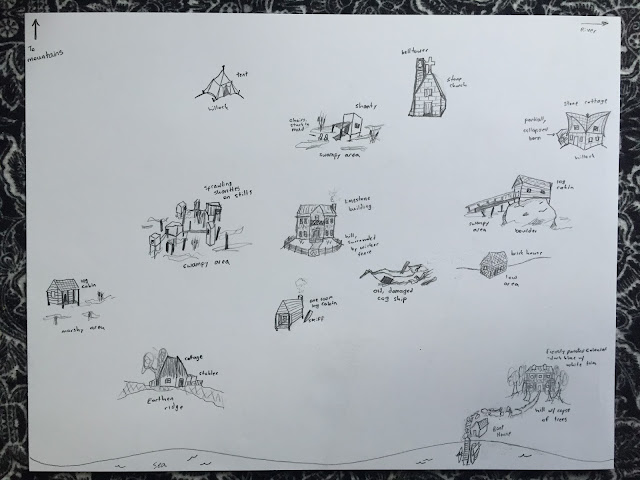 My first experience was to run this as a convention game.  The players were there to collect the tithes and taxes from the residents.  I also gave each player a rumor (some true, some false) about the village and the surrounding area.

"All of 'em are vampires!  That's why they live in the fog and don't age."

"The people in that town hate spiders. They won't tolerate one to live."

"Nobody born there ever leaves."

"One of those families has a dark secret."

(I also included some hints about the Time Cube, and the threat in the mountains that was put down by a mob of villagers long ago.)  One critique, I love it when modules include rumor tables, and for this module it would have been great to have a list of rumors that could all potentially be true, but won't necessarily be true for every version of the village.

In my home campaign, a coveted treasure (the Star Crystal) is located in the Deathfrost Mountains, and Scenic Dunnsmouth is located at the base of these mountains.  (I don't think it's a coincidence that the first guy players meet in Death Frost Doom is a Duncaster!)

So, at any rate, the players will find themselves at the dock:

I cut up my map (after scanning it) and can use it to build the village in front of the players as they discover parts of it: 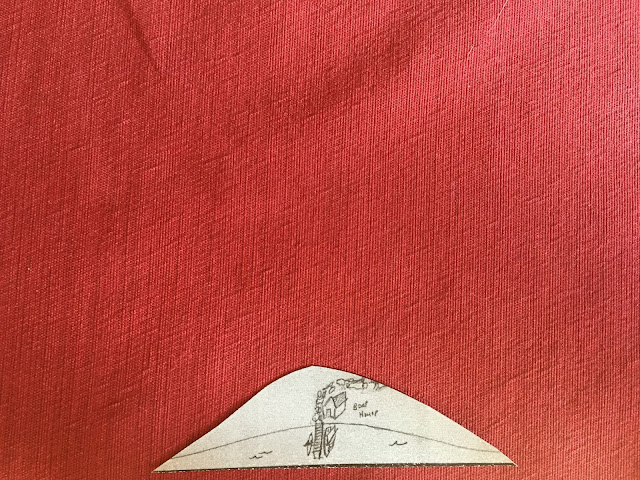 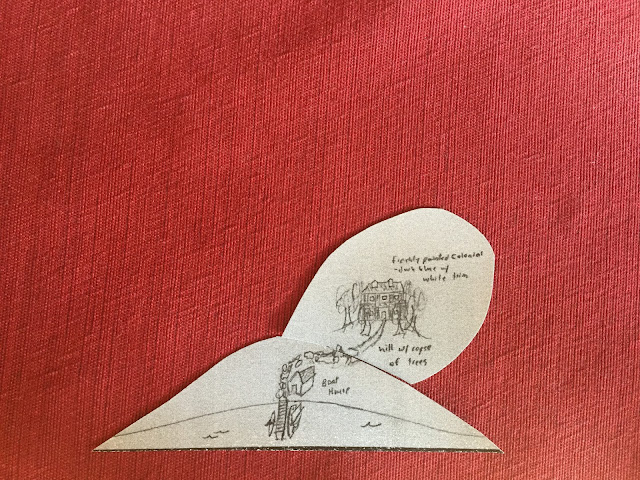 I also had to come up with a special way of talking for each of the family groups.  (I just don't have the skills to do something different for every single NPC!)

Dunlops - southern accent in the style of Frank Underwood (House of Cards). 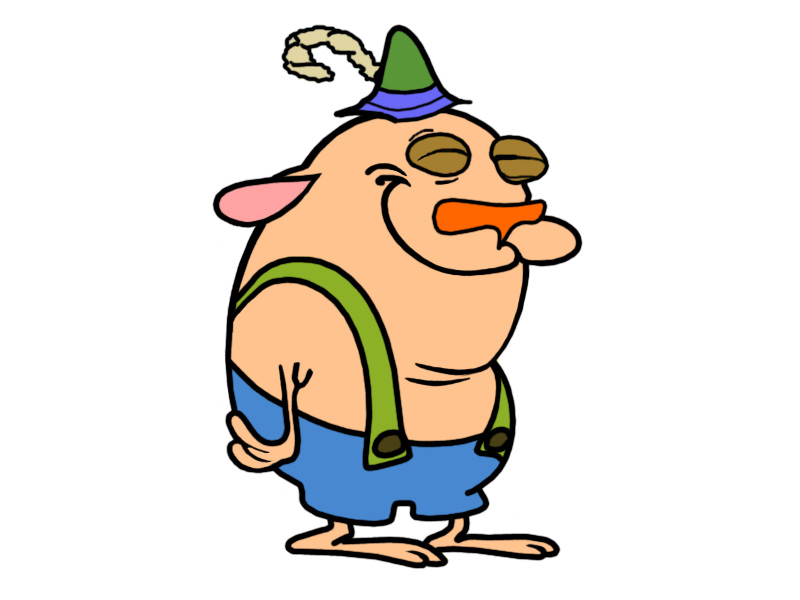 And then, of course, Uncle Ivanovik, Magda and Father Iwanopolous all have to have different accents from the original families in the village.

If the players have a map, or get some information about the location of certain places when asking around, the area might look like this: 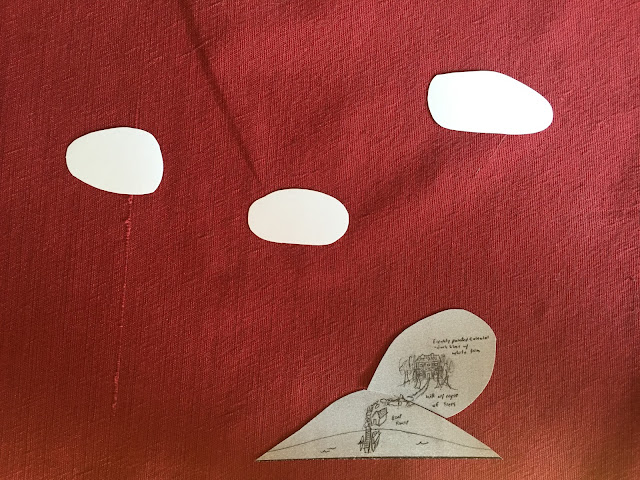 When running this as a convention game, it was pretty challenging. It was about 4 hours of NPC interaction.  They explored the Time Cube a bit, then decided to not mess with it.  They never found out anything about the Spider Cult.  They subdued Uncle Ivanovik and turned him over to the town (rescuing one of the people tied up in his house), and they got the money from the church.  They were really obsessed with what happened in the mountains and drilled every NPC they came across about it.

I also had them make bushcraft checks when navigating the swamp area, but I wasn't quite sure what would happen if they failed and got lost?  There wasn't any sort of random encounter included with the village, so I would recommend Referees make something up before starting.

I know my  home game would have gone differently.  My players are not so nice, and wouldn't have put up with some of the shit the villagers slung their way.  Uncle Ivanovik wouldn't have been allowed to live, there would have been a lot of thieving, and the Time Cube would be investigated more fully.  On the other hand, my players are already terrified of the village by its name alone, which may overpower their interest in getting to the Deathfrost mountains, but we'll see.

The fully explored area for my Dunnsmouth looks like this: 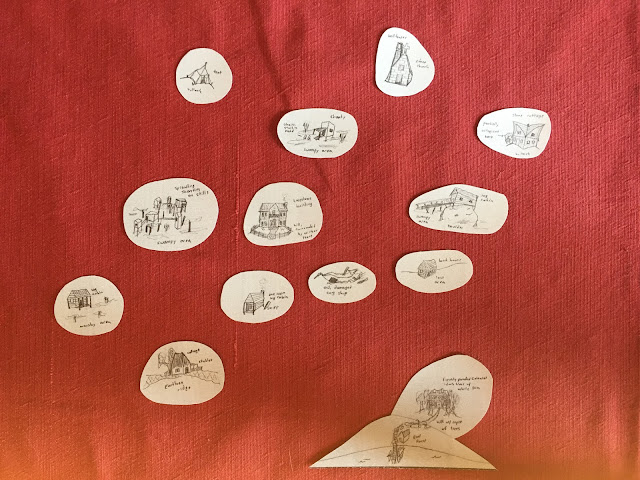 In the end, I have mixed feelings about this module.  Overall, I like the tone, the presentation, and the stuff within (the NPCs, locales, motif, etc.)  On the other hand, it's a lot of work.  Kabuki Kaiser ran his players through it like Groundhog Day, where they had to play it over and over (but he would generate a new one each time) until they solved the mystery of the Time Cube.  I love that idea and was originally going to copy that, but I don't know if I want to put in the amount of work it takes to make this village over and over again.

But if you don't do that, then what's the point of having this product that generates different versions of the same place?  It's not like Vornheim or R&PL where you can use it to generate cities/locales on the fly, you absolutely must do it in advance.  And, the village won't be different enough that you can create different villages to populate an area - it will always be some version of Dunnsmouth.

I think one thing that would have made this product perfect is the ability to generate it more immediately, and not in advance.  This would require some reformatting (I think Death Frost Doom style would work here - where there are a number of bolded parts that say "If this..."  "If that..." so that a Referee could easily check the current conditions of Dunnsmouth.  (As is, the text is buried within paragraphs, making this next to impossible.)

I would have preferred the village construction to happen at the table.  The referee rolls a bunch of dice, determines which is the boathouse, and players go from there.  As they get to a die, the Referee pulls the card for it, and can turn to that page and easily figure out what to say and do. Conclusion: I think this is a must-have for LotFP fans.  At the very least, you spend a bit of time and generate a classic Zzarchov Kowolski LotFP adventure.  If you're willing to put in the work, you can do something more with it by creating multiple versions of Dunnsmouth and playing on that in some way.  If you literally have zero prep time and can only run pre-made modules, then unfortunately, you won't be able to use Scenic Dunnsmouth.